Since she’s one of my personal favorites, I was actually excited to hear about Whitney Port’s new line, “Whitney Eve”. I instantly wondered if her line would feel true to the character we know and love from “The Hills” and “The City”.   As part of Fashion Week’s Day 1 agenda today, I was pleased to read that it sounds like the line held true to Whitney’s persona of girly romantic glam, LA-come-NewYorker!

“Whitney Eve mixes silver and gold metallics, airy fabrics and draping and details like slits, ruffles and cutouts for a girly, put-together look. Several modern takes on the business suit were shown, pairing slim pants and feminine boyfriend-style blazers. And the look got a little edgier with a party dress or two that had exposed zippers.” – MTV News

Her inspiration, she says, is a word she made up: “funderland.”  “We’re doing kind of like Alice in Wonderland goes to a really chic cocktail party,” she explains. “It’s really fun and playful and feminine and flirty.”  – E Online

Other fun facts: Whitney incorporated music from the Rolling Stones among others, and oversaw the musical supervision of the show, and her “City” co-stars Jay and Olivia attended and showed their support..

Check out these photos (courtesy of OK Magazine): 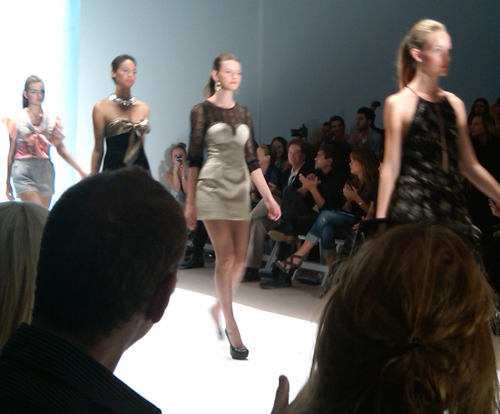 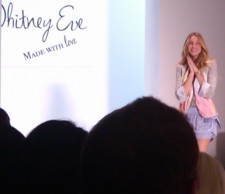 While the line seems to convey her persona, and her creative inspiration, (and is quite cute!) I’m not convinced that Whitney will be taken seriously.   Seems to me that Fashion Week should be highlighting technical design skills, and I don’t know how those of TV stars can even come close to trained designers.   Thoughts? 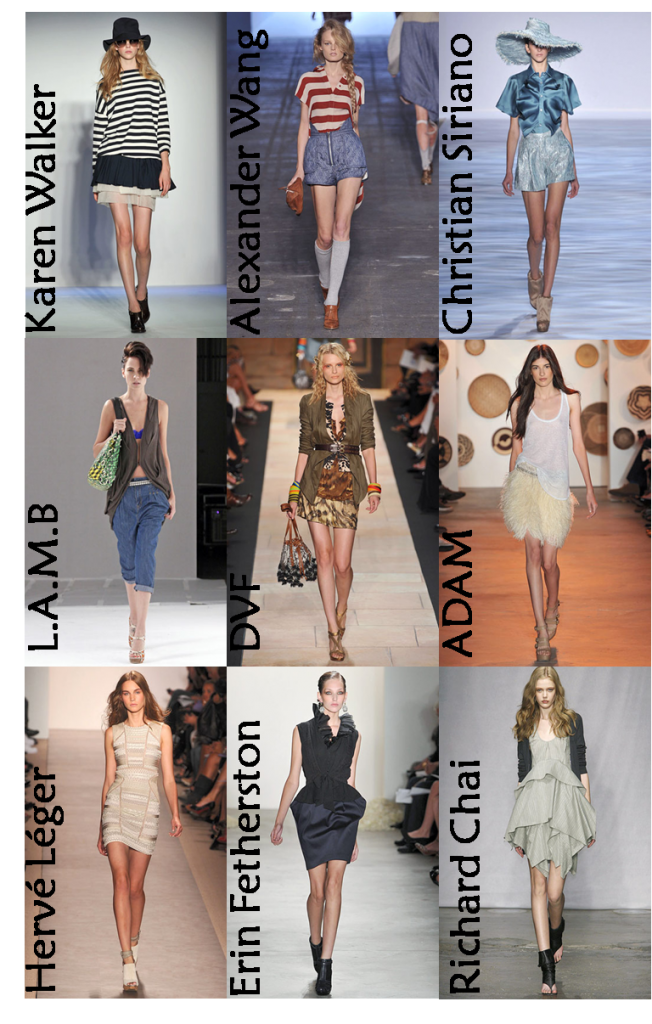 It’s day five of New York Fashion Week, and we’ve been scouring the web trying to keep up with all the excitement! Here are a handful of my favorite designs thus 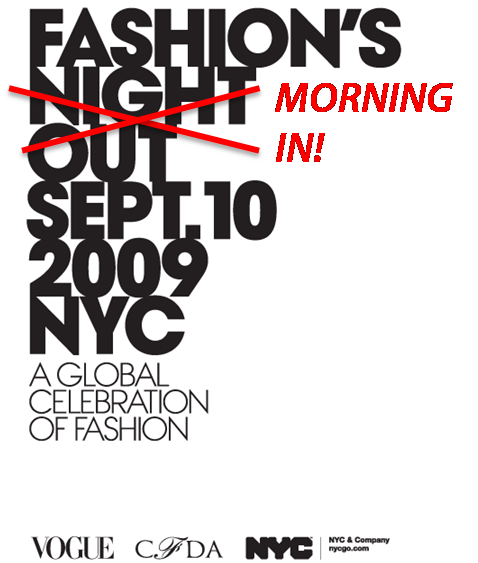 As everyone knows, tonight (September 10th) is Fashion’s Night Out.  In fashion capitals around the world, exciting events are taking place, displaying intense affection and spirit toward fashion & all things beautiful.