I joke with friends and say “I’m in the wedding of the month club”. But I’m not kidding – I’m 100% serious when I say that I have 7 weddings to attend throughout the course of the summer. And I’m sure I’m not the only one!

Although fun, weddings do create some challenges. In addition to the $$$ required to travel, hotels, rental cars, gifts (OK you get the idea – and since they are great friends I won’t complain too much), my bigger issue is what to wear!!!

Each event requires not just one outfit, but typically one for a rehearsal dinner, sometimes a brunch event following the wedding, and often a bridal shower or bachelorette party extravaganza preceding the nuptials.

– Choose items that travel well. It’s the worst when you arrive at a hotel, are squeezed for time, and are trying to iron something that you’re afraid you’re going to ruin with a hotel iron that may not work as you expect. The less wrinkles something holds, the better.

– *One dress can go a long way, and you can re-wear…*just choose different friend circles so you’re not in the same dress over and over and over again with the same people. Of course, this doesn’t solve the problem of seeing pictures of yourself in the same black dress a gazillion times…but if you pick something you love, who cares?! It’s pretty comical actually when you can’t remember which wedding you were at in any given photo.

– Borrow! Friends are great resources, and it’s terrific to be able to borrow dresses from one another. As long as they’ve worn it a few times first so you don’t ruin it with some red wine spillage before they have enjoyed the garment, you’re safe. And when spending a few hundred on a nice dress, it’s nice to be able to share the love.

A few great dresses I have found in recent Salemails that I thought could be dressed up or down for either the black-tie or the more casual events (I have a feeling these will be scooped up quickly though so you’ll need to act fast!): 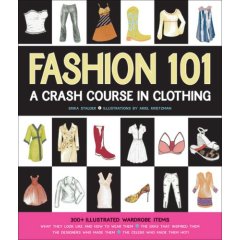 Summer reading…time to curl up with an entertaining book on the beach! I’ve recently come across 3 fashion-related reads to share: Spork Fashion originally turned me on to Fashion 101-A Crash 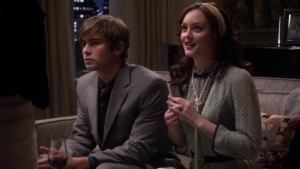 Hi Readers! My name is Lauren and I will be interning alongside Hilary for the remainder of the summer! I will be posting frequently so make sure to keep an eye out! Also,