Valentino: The Last Emperor – a recent documentary following designer, Valentino Garavani through the final two years of his career – tells an inspiring story of love, fashion, and a lives-well-lived. 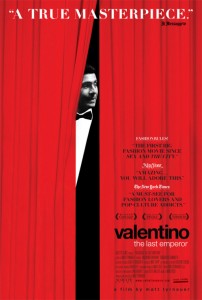 I sat down, raised my eyes to the screen, and barely blinked for approximately 96 minutes. The story of Valentino is captivating. Not only are his skills and devotion to the art of fashion made undeniable (if they weren’t already), but the film also brings to light the remarkable relationship between the designer and his long-time partner, Giancarlo Giammetti, who he credits for a great deal of his success. The two define “witty banter” in their interactions. Halfway through the film (when Giancarlo calmly admits to Valentino that he looks “a little too tan”) my boyfriend leaned over and said, “It is the best when people are just naturally funny – you know, without trying to be”. I thought this statement was pretty dead-on.

The Last Emperor is glitz and glam in a nutshell: with celebrities, legendary designers, yachts, castles, jet planes, and of course, haute couture. Having not one sewing machine in the entire House of Valentino, each gown is hand-made to perfection, and then scrutinized, and then worked at some more. I cannot imagine the blisters! Valentino claims to know what women want, and know he does: “Women want to be beautiful”. Could he say it any simpler and be more right? If only all of us could afford his one-of-a-kind gowns, the world would be a more beautiful place! 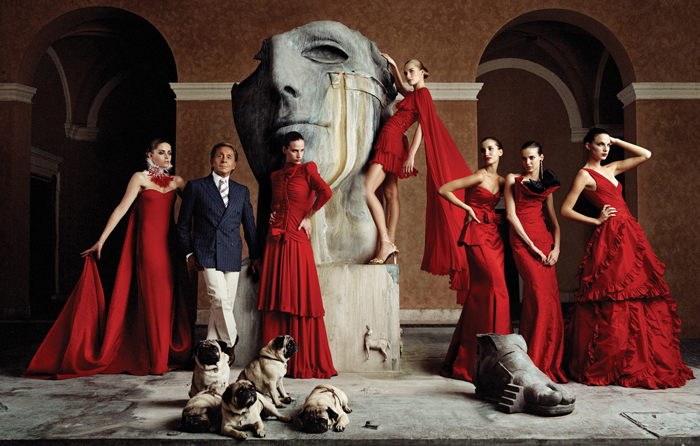 The final 2 years of Valentino’s 45-year career were full of great success and professed respect, but at the same time the designer was struggling against the corruption of his empire by the private equity firm in control – his five snorting pugs never far behind. 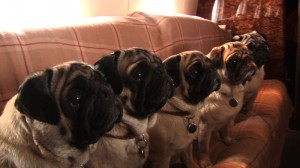 In the end, he knew when and how to bow out gracefully. His finale? An astounding tribute event, with 200,000 guests in attendance. Hundreds of gowns were put on display, dancers on wires wearing “Valentino Red” gowns floated through the sky (with the Coliseum as their backdrop), and a final runway show brought guests to tears. After the show, Valentino was taken aside by close friend and Chanel designer, Karl Lagerfeld, who whispered in his ear: “That’s the way it should be done. Compared to us, the rest are making rags”.

Valentino: The Last Emperor is a must see film. If you are lucky enough to live in one of the cities where the documentary is playing, be sure get out there before it is too late! 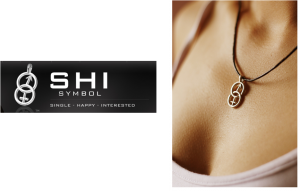 It’s interesting how a piece of clothing, jewelry, or an accessory can so clearly show status or involvement with a group or issue. A few well-known examples that illustrate my point: pink 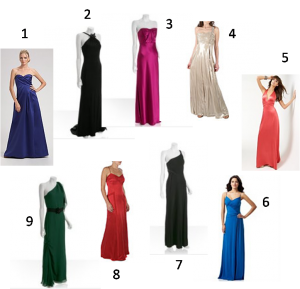 As you may remember, I am getting married this upcoming summer!  I am getting more and more excited as the date nears, yet there are still many decisions to be made.  I’m

Shop It To Me - The Inside Scoop
—
Valentino: The Last Emperor -- Movie Review
Share this