As you know, the NCAA College Basketball championship is tonight!  And as a gal who loves watching the games, (even completed a winning bracket and all!), I must admit that I do often comment on fashion found on the court.  Whether it’s interesting ways the players sport their uniforms, what the coaches and their spouses are wearing (did anyone see Tom Izzo’s wife’s t-shirt all blinged out with Spartan sequins at the Final Four?!) or other observations, I will admit that I sometimes watch the fashion almost as much as the hoops games themselves…

A recent Wall Street Journal article by Tim Marchman was absolutely fascinating!  He examined the color uniforms worn most often by historically winning teams…  and there were actually patterns!  The result: “Light Blue.  It’s the color of champions”.

The article related, “Since 1960, more national champions have counted light blue as their primary uniform color than any other.  Even better for Carolina, a near majority of champions has also worn white as a secondary uniform color — which makes theirs the winningest combination of colors by a substantial margin.”  Marchman continued, “And just 4% have won it in green.”  Here’s the full chart of winning color-combinations: 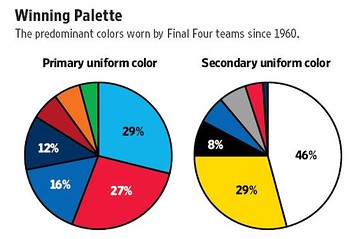 But will this color prediction hold true?  With less than an hour until tip-off, we’ll find out soon!  (and on a very personal note, I hope he is wrong – go Green!) 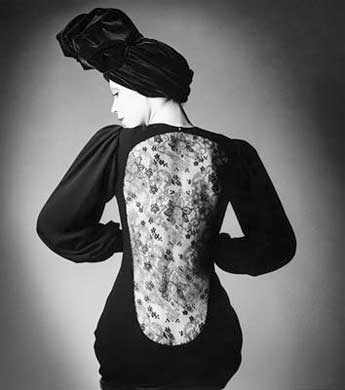 I had been meaning to check out the YSL exhibit at the de Young Museum in Golden Gate Park since it came out in November.  Sunday morning, when I Googled the exhibit I 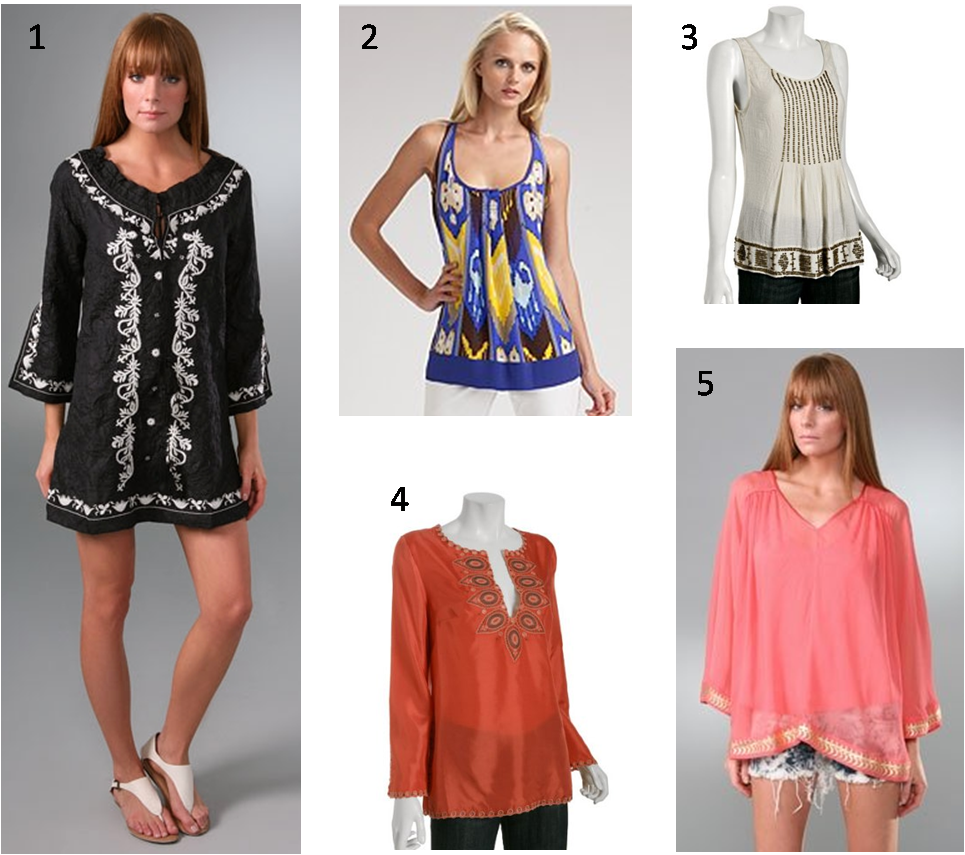 I’d love to visit Morocco or Goa someday, but I don’t know if a trip is in the cards anytime soon. However I do plan to invest in an Eastern-inspired shirt

Shop It To Me - The Inside Scoop
—
UNC vs. MSU: Do uniform colors predict victory?
Share this