Who said it’s a bad thing to dress alike?!  Last week, two of the gals from the Shop It To Me office, Caitlin and Ilana, took it upon themselves to dress alike every single day.  See the outfits the two of them concocted below… how cute are they?!  We consider this a true lesson in San Francisco start-up style.

We were fortunate enough to get the inside scoop on what was behind Twin Week, and some of the juicy details. Check out our interview with them below! 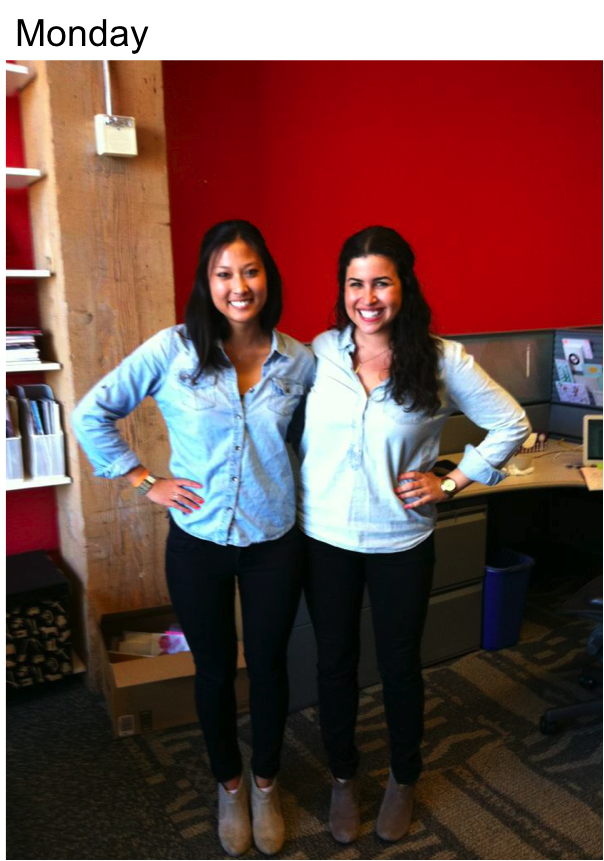 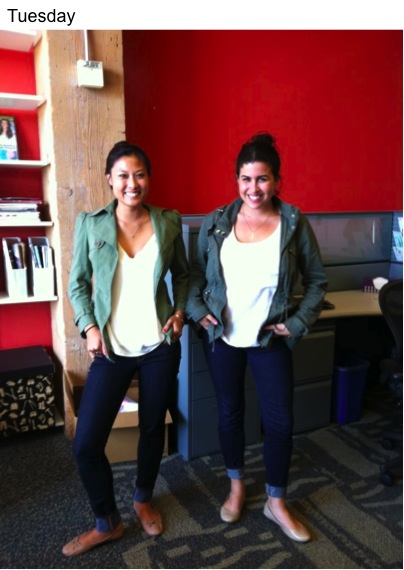 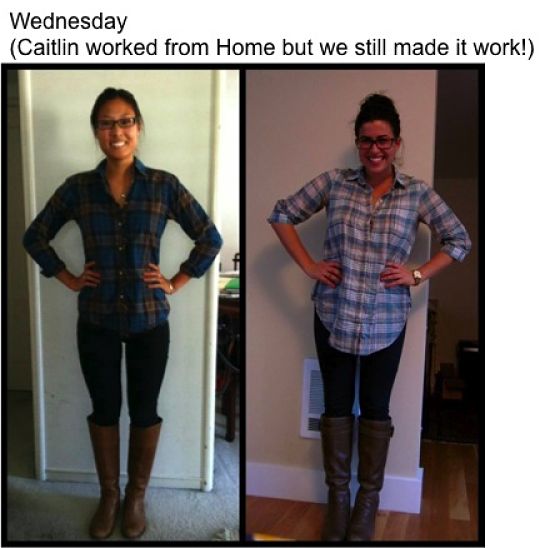 **What inspired Twin Week 2012?  ***We realized we had a lot of similar clothes so we challenged ourselves to dress the same every day for a full week! Once Monday’s outfit fell into place we knew we were going all the way.**Did anyone at Shop It To Me notice that you were dressed alike all week? What was the reaction?Sadly it took a few days (and a few not-so-subtle hints) for people to catch on. By the end of the week people were getting us confused. We were thinking alike, acting alike and sounding alike. While the developers were more tight-lipped on the matter than the girls at Shop It To Me, we are pretty confident they were our biggest fans.
*****Very impressed with the attention to detail that went into this (hair styles, glasses, etc)!  What was the hardest part of planning your outfits?Believe it or not Tamra, it was the small details that were the easiest to execute. Laundry and weather turned out to be the two biggest obstacles. Making sure we had the items in common was a breeze, but making sure they were clean on the same day was the real challenge! This week being uncharacteristically warm for San Francisco was another consideration we had to take into account when deciding on outfits.
****What other ideas did you have that didn’t make the cut?We were toying around with the idea with wearing dresses one day, but had to reconsider because of our less than pristine modes of transportation to work (Muni and Bart!). Our Google Doc was full of outfit possibilities that were beat out by stronger ensembles.
****Anything else you want to share?**We want people to know that we didn’t play it safe this week. We took a lot of risks, for example white pants. Keeping these clean all day was no small feat. We are 100% committed to Twin Week so if one of us got a stain, we knew what that meant for the other. Twin Week 2012 has been such a success that we are considering continuing on with weekly Twin Day Tuesdays… stay tuned for more details! 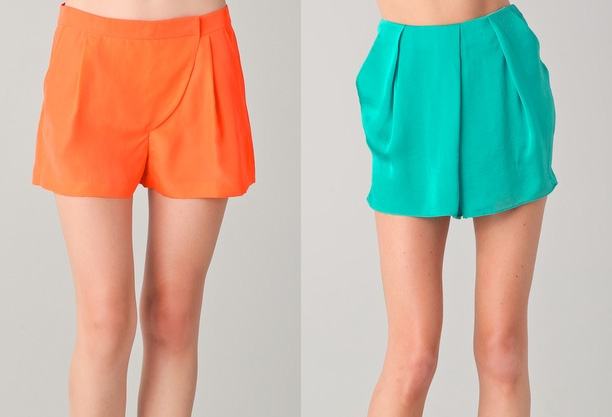 Because August and September are the best months for women’s clothing sales online, we asked our Chief Stylist Annie Ladino what summer items to snap up now–at a major discount, natch– 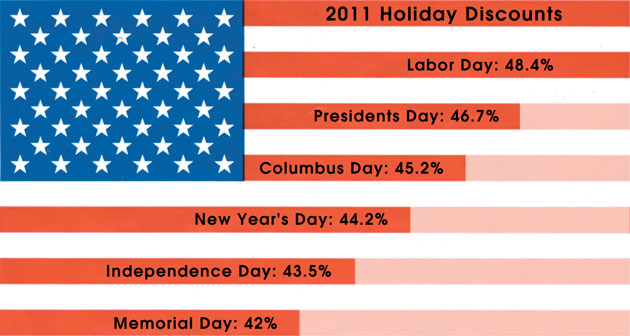