Guest bloggers generally add some zing,  provide a new perspective and voice, and spice up a blog with variety.

Well I was excited to see this week’s guest blogger on the New York Times “The Moment” blog — none other than the esteemed Giorgio Armani.  It was a unique chance to hear a legendary designer speak in his own words, more elaborately than a two line quote, yet more succint than a full-blown biography.

In the most recent piece, Armani reflected on the opening of his new store, and $1 million donation to the Fund for Public Schools.  He recounted the evening’s events, which included a gourmet meal, elbow-rubbing with Hollywood starlets, and here — see for yourself in his own words–

“After it was all over, I could finally relax. So we hopped in the car and drove down to the Rose Bar at the Gramercy Park Hotel where Narciso Rodriguez was having his after-show party. I like Narciso very much. He asked to have a photo with me. Then Kanye West came over and we discussed the architect Claudio Silvestrin, someone I’ve worked with for many years. Kanye used Silvestrin to design his apartment in New York and said my stores were an influence for his choice. Guests from my dinner had also come down to the Rose Bar: Josh Hartnett, Elsa Pataky and Chace Crawford all came over to say thanks for dinner. Then we went to the club One Oak, where I saw Leonardo again. It seemed like all of New York was there; even Paris Hilton was at the next table over. I danced until 4 a.m. and then went home to bed. What an end to a fabulous trip to New York. See you next time!”

To read more of Armani’s guest blogging (there are 4 posts), visit The Moment blog.  And, while you’re there, be sure to check out the amazing photo of the Armani store and the staircase inside.  Looks quite grand. 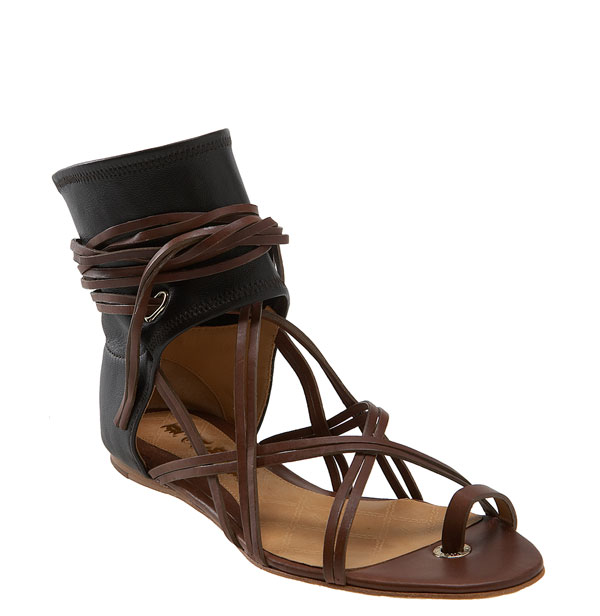 Bandals or soots? Which one’s a better name for the sandal-boot hybrid that’s become commonplace? It’s unclear how it began. Maybe it was the gladiator shoes, or the peep-toe boots, 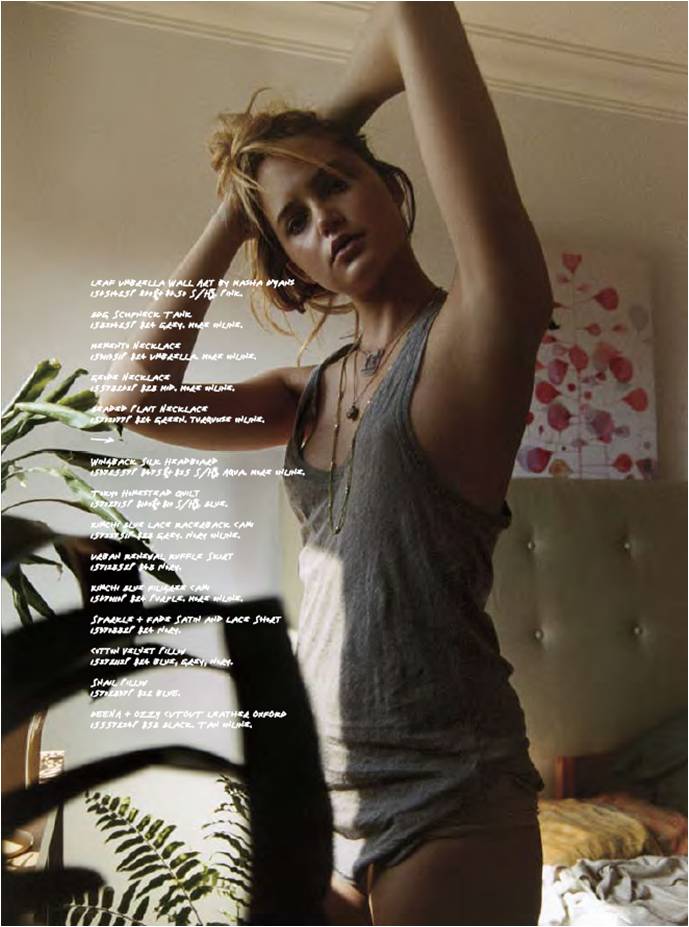 Urban Outfitters is hipster-eque, but generally not all that racy. They’re definitely amping up the sex factor with their early spring 09 catalog. I made a quick tally of their semi-scandalous photos: