Yesterday we discussed how the place you call home—right down to your exact zip code—may reveal your shopping “DNA,” i.e. your predisposition towards certain brands and designers. Nowhere are the differences so pronounced from neighborhood to neighborhood as in New York City. Here’s what the data collected by Shop It To Me reveals: 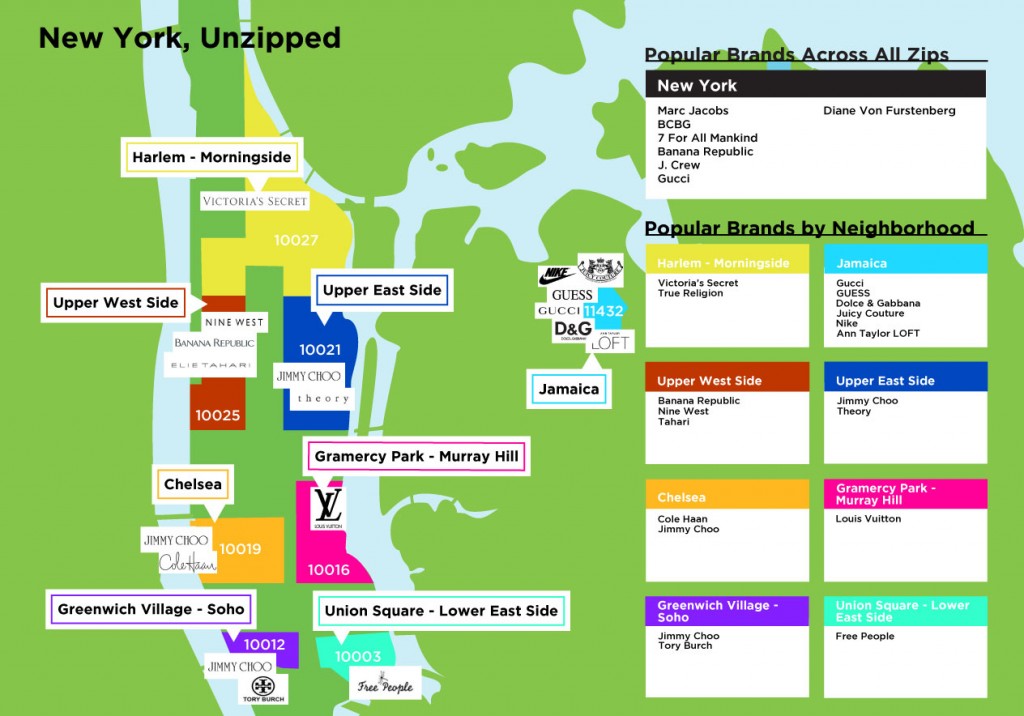 You can find the most diverse shopping taste in the city in…Jamaica, Queens

Who woulda thunk it?! The neighborhood otherwise famous for proximity to JFK Airport really marches to the beat of its own drum when it comes to fashion brands. Popular in 11432? Ann Taylor LOFT. Dolce and Gabbana. Juicy Couture (This is the only New York City neighborhood that mentions Juicy anywhere on its list of favorites—comparable numbers of Juicy fans probably only reside in the ’burbs or on the country’s left coast). Can you say “hodgepodge?”

The most conservative dressers live on…The Upper West Side

The top brands in 10025 (Banana, Nine West, Tahari) are no more at home on this area’s city blocks than in every suburban mall in America, but they’re no less appealing for their well-priced, stylish basics, cute dresses and polished career clothes.

They’re all about their accessories in…**Midtown West **

Whether it’s affordable luxury in the form of Cole Haan and Tory Burch or splurge-y, sexy footwear via Jimmy Choo, 10019-ers cite accessory brands as number one on their lists. Midtown’s clearly home to not just the headquarters of the Hearst magazine empire but shoppers with a sense of practicality — with the income to shell out for a pair of high-heels with a couple zeros at the end of the price-tag.

If you’ve ever lived in 10003, you know it’s home to not only a huge population of NYU students and hipsters, but also some of the city’s funkiest dressers (next stop: Williamsburg, Brooklyn). Makes sense then that East Village shoppers have a thing for Free People, a real-people priced line of boho-minded clothes and accessories. This is a nabe where a brand’s gotta meet the both the constraints of a college budget and an independent-minded stylista—though 10003-ers’ love for labels like Chloe and Vince would indicate that fashion often trumps bank accounts.

Some places you just expect to find a lion’s share of devotees of designer fashion (aka the Upper East Side, fictional stomping grounds of the Gossip Girl characters). Some places you wouldn’t necessarily anticipate it, aka decidedly unglamorous Murray Hill (best-known as home to throngs of post-college grads, looking to make their first big break in the city), where luxury house Louis Vuitton rules as one of the area’s preferred brands. Also big among the secretly spendy residents of 10016: Prada and Diane Von Furstenberg.

**“Brands Unzipped” Methodology: **Shop It To Me (ShopItToMe.com), the popular free online personal shopper, took a random sample of its members in major metropolitan cities, and analyzed the most popularly selected brands within each geography.  We compared the top 20 most selected brands for each zipcode.  {Randomly selected sample: New York 26,600 members.} 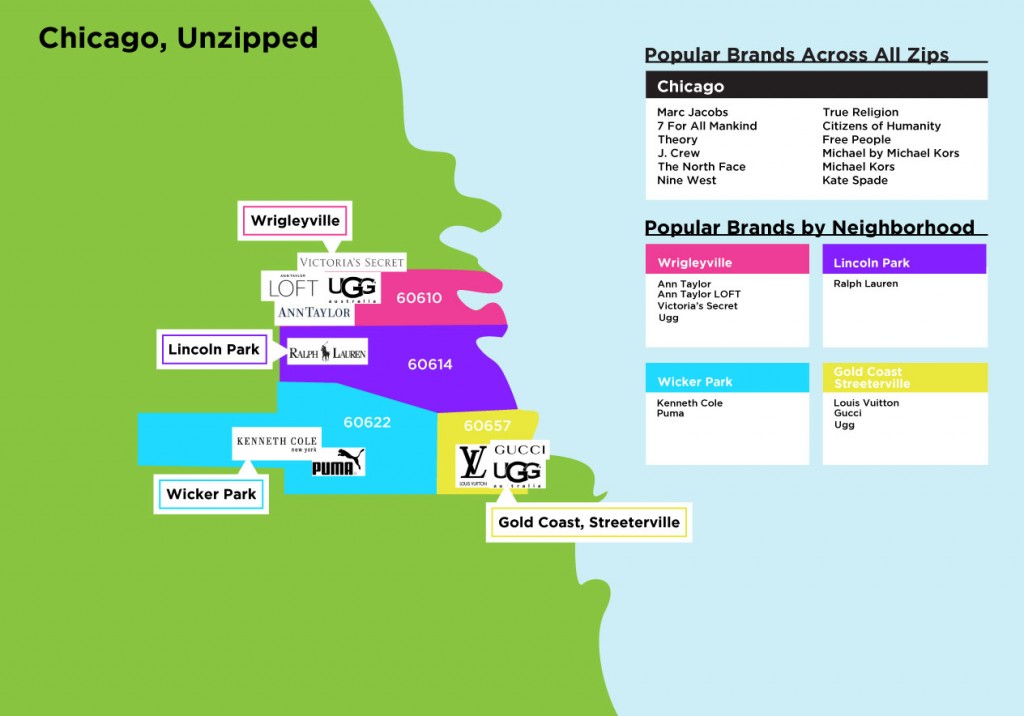 When it comes to fashion, Chicago’s often been pitted against its rival cities on the east and west coast. Lately, the city’s enjoyed a little bit of come-uppance thanks in no 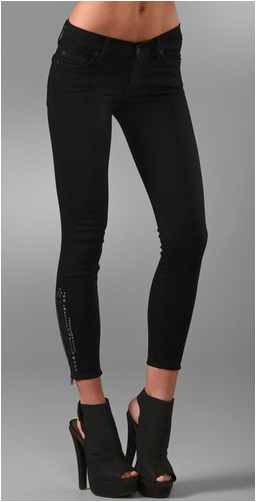