It’s a battle of the blocks when it comes to high-falutin’ fashion in Los Angeles. In much, but not all, of this city to the stars (and aspiring stars), expense is not spared when it comes to brand preferences. Here’s what Shop It To Me’s zip code data reveals: 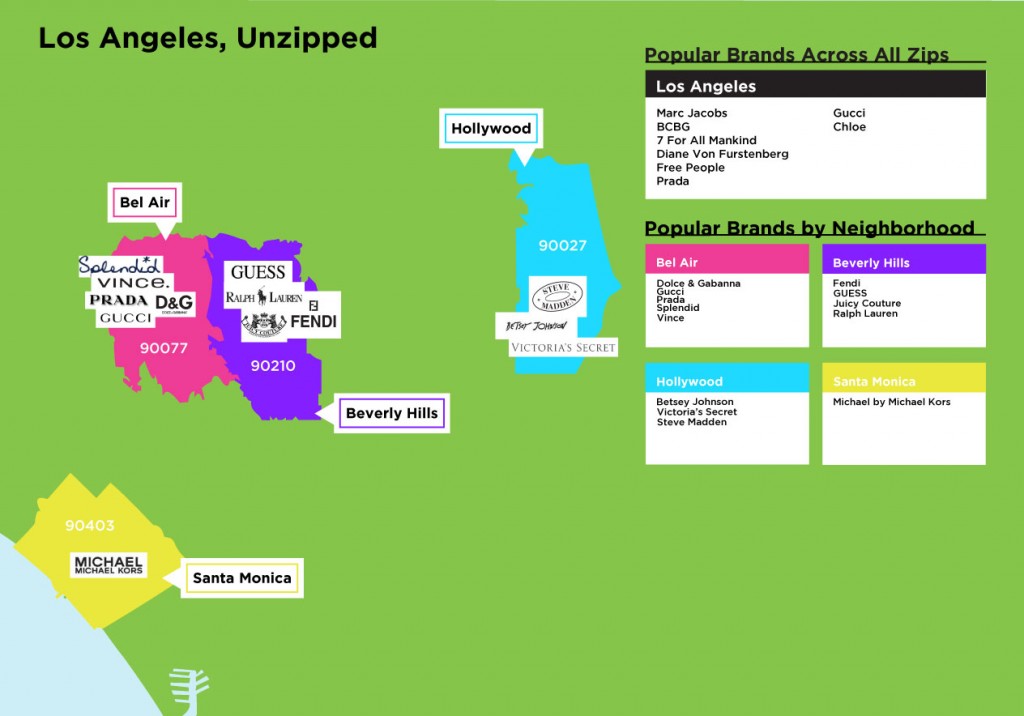 Two neighborhoods with equally high-end vibes, but distinct from each other. Beverly Hills shoppers tend towards old world brands (Ralph Lauren and Fendi) while Bel Air shoppers have a thing for Dolce & Gabbana. This is not to say Beverly Hills doesn’t have its share of flash—Juicy Couture and GUESS make the cut there—but perhaps reveals the tastes of an older, more seasoned audience. Mom lives in 90210 and buys Ralph Lauren, while daughter lives in 90077 and shops for Vince cashmere sweaters and Prada bags.

If you want a bargain, get thee to Hollywood

Seemingly the only zip code in L.A. where inhabitants select their fair share of bargain brands is 90027. In Hollywood, they’re fans of Victoria’s Secret and Steve Madden—two stores where it’s feasible to score a couple items without tipping the $100 point, particularly during sale time. When not shopping for bargains, Hollywood-ers also adore Betsey Johnson, the fun and free-spirited line of designer dresses and duds that can be had for well below Dolce prices.

Where do down-to-earth fashionistas hide in L.A.? Santa Monica

“Brands Unzipped” Methodology: Shop It To Me (ShopItToMe.com), the popular free online personal shopper, took a random sample of its members in major metropolitan cities, and analyzed the most popularly selected brands within each geography.  We compared the top 20 most selected brands for each area.  {Randomly selected sample: Los Angeles 4754 members.}

We are thrilled to announce that we have added Topshop and Topman to Shop It To Me! If you like high fashion at affordable prices (but let’s be honest, who doesn’t? 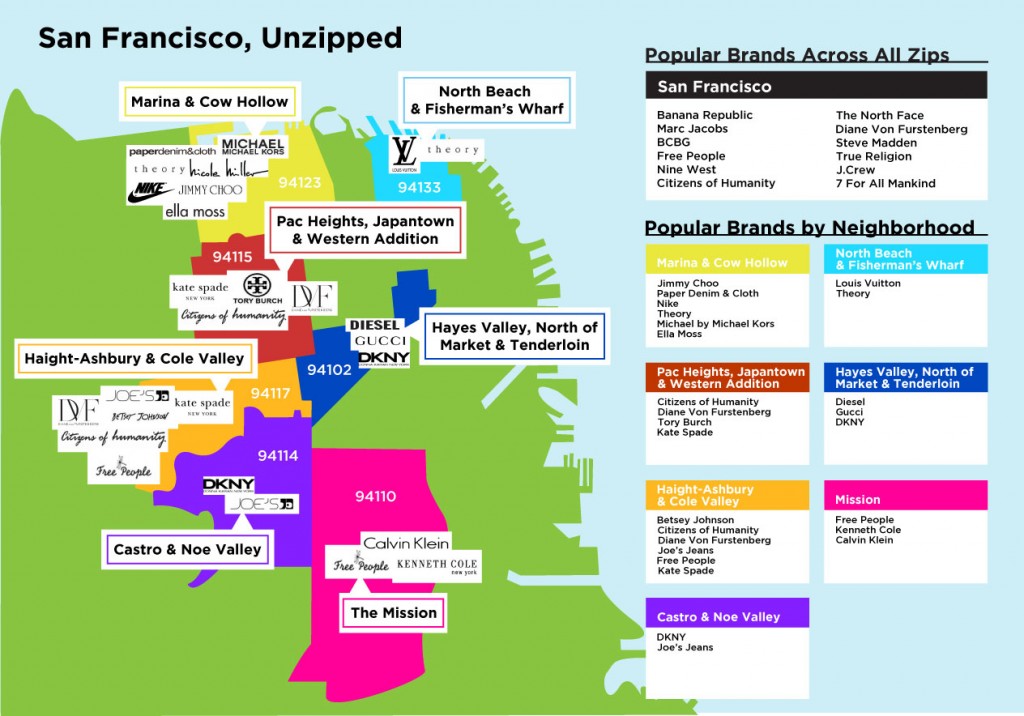 San Francisco’s got a reputation for being independent-minded city, and the city’s preferences for fashion lives up to that image. Here’s what Shop It To Me’s zip code reveals