The # of men I see on a daily basis in suits is few and far between.  After all,  I not only live in the relaxed and kick-back West Coast city of San Francisco, but also work in an up-and-coming area of the city with many start-ups and other entrepreneurial endeavors (i.e. NOT the center of the Financial district)…  Nonetheless, I was intriuged by these 2 nuggets about menswear. 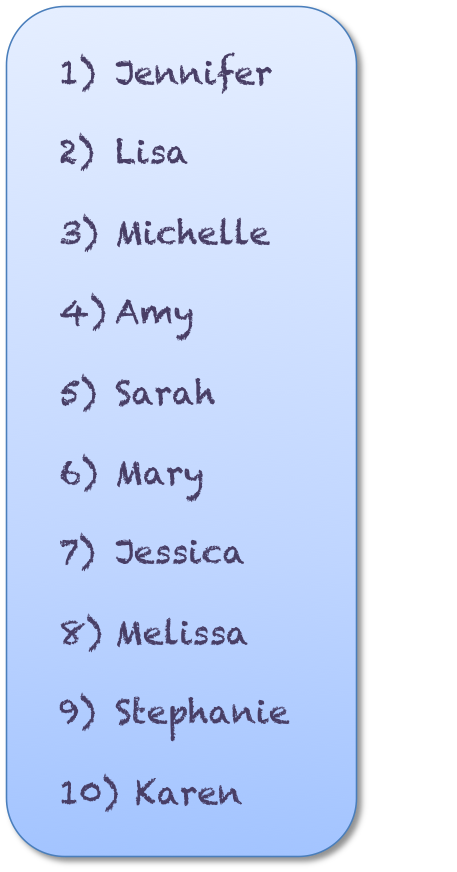 Fashionable women who love to shop come in all shapes, sizes, … and by a variety of first names!  Any guesses on the most popular names of Shop It To Me female subscribers?  (Don’

As any stylista would argue, fashion truly can change the world.  And now, the London Design Museum is seeming to agree.  2 new books – “50 Dresses That Changed The World” and “50 Shoes

Shop It To Me - The Inside Scoop
—
Men on the Move -- Suits, Ties, and Looking Good
Share this