The largest shopping day of the year has come and gone—and our members scooped up some serious Black Friday bargains by using their personalized editions of Salemail to find out who had the merch they wanted on sale in their sizes.

Since we’re all about digging into the data, Shop It To Me analyzed sales on more than 45,000 clothing and accessories items from 75+ online retailers.  If you’re as curious as we were to find out where the best deals were to be had, read on for the Black Friday redux. Stay tuned tomorrow when we recap Cyber Monday!

Overall, discounts were just slightly lower on Black Friday this year compared to last (45% off this year vs. 47% off last year).

Women’s discounts were 7% steeper than for Men’s (46%-off for women, 39%-off for men).  This pattern held true for the second year in a row (last year showed +4% greater discounts for women than men).

Overall, the prices retailers charged on women’s items were lower this year than last (both original and sale prices):

Although their discounts were slightly better this year, it appears that department stores are working hard to maintain their premium positioning by keeping their original and sale prices higher than other channels, and higher than last year.

Analysis was based on:

Here are the most popularly clicked items from Salemail this past week: 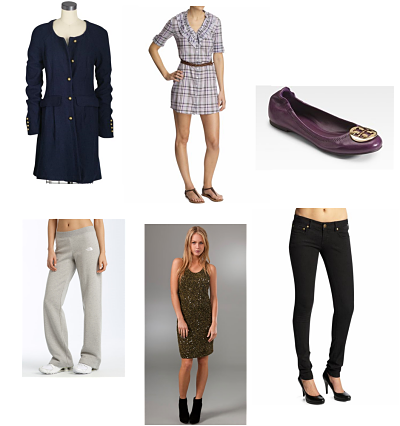 Happy Cyber Monday! Since there are too many incredible deals happening today to focus in on just a few, we figured we’d share a handful of promo codes and limited time offers

Fashion rule of thumb: One size does not fit all (unless you’re a fan of the shapeless-sack-as-shirt aesthetic). With this in mind, we’ve created a shopping universe filled with only your