The bedbugs are running rampant this year!

Just today, Styleite and Racked reported that the little critters have stopped by the largest locations of Bloomingdales and Macys in NYC to say hello…  and burrow in a shirt or two.  Unfortunately, within the past few months, a variety of retail stores (including Hollister, Abercrombie, and Victoria’s Secret), corporate headquarters (American Express, Google, Elle magazine), and more (the Empire State building, a Times Square movie theater) have all been victims of the bedbug invasion. 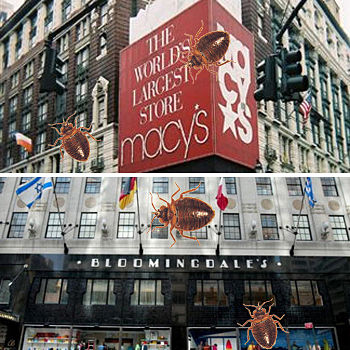 “I’m not going to the movies… because now in theaters everywhere…. Bedbugs.”

“This whole area just let out a collectively huge depressing sigh after seeing the company e-mail about bedbugs discovered 2 floors above us.”

“Check yr hotel bed 4 #bedbugs: Use hair dryer on part of bed for 30 secs. If there are bed bugs, they’ll surface!”

So — my resolve?  Regardless of where you are, shop online!

Yes, there is a minor chance the bedbugs are in the warehouses where items are packed/shipped, but it is much less likely.  Most likely, customers within retail stores are unknowingly bringing the bugs in to the establishments on their clothing.  Customers stop in the dressing room, undress and throw their jeans/shirt on the ground, at which time the bugs march into the carpet and around the store.  Only to move on to the next customer and leave with them… pretty smart little rascals.  An expert in this Bloomberg Businessweek article said, “They are taking up residence in people’s homes and because of that they are now traveling about throughout the day with people, going into atypical locations, such as movie theaters, retail establishments, hospitals, schools, day care centers, laundromats — all of the places where people travel during course of their day…”

It may be partially psychological, but I can say that I, for one, am avoiding movie theaters (yay for Netflix) and after purchasing a garment in a retail store, come home and throw it in my freezer for a bit (someone mentioned that as a trick to kill the bugs).  But what I consider the most powerful avoidance is shopping online vs. in retail stores.  Seems that these reporters from the Wall Street Journal agree. Rachel Dodes and Katie Rosman recently tweeted:

Your thoughts? Are you transitioning to shopping online with greater frequency due to bedbugs? 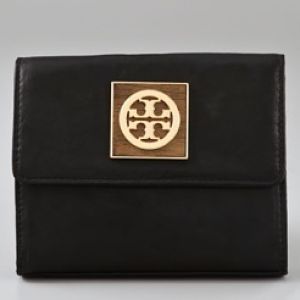 You use a wallet every day, so spending a little over $100 can be considered not-so-extravagant.  Especially when it’s for Tory Burch!  We spotted this elegant Tory Burch wallet in Salemail today, 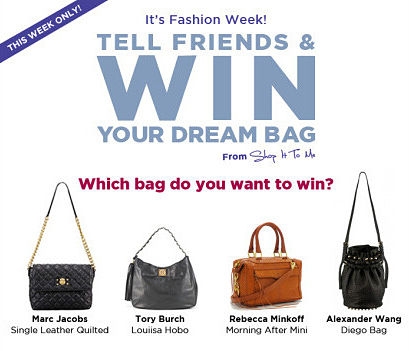 Remember the dream bag giveaway we held earlier this month? We’re happy to announce the winner. A big congratulations to Vicky of Mattoon, Illinois, who chose the Marc Jacobs Single Leather Quilted

Shop It To Me - The Inside Scoop
—
Bedbugs! Yet another reason to shop online...
Share this