As I’ve read my Shop It To Me emails recently, I’ve found absolutely amazing deals on designer denim.  For instance, James jeans from $176 to $88 and Joe’s Jeans from $159 to $111.30.  I almost forgot that designer jeans can cost upwards of $300 when at regular price!

This led me to question what will happen to the price of designer denim in the year ahead.  I tend to believe that the days of jeans at over-the-top prices are over, and there will be more affordable options to consider.

Back in October, an article by Eric Wilson in the New York Times shared, “The $300 pair of designer jeans is now, courtesy of the recession, the $200 pair of designer jeans.  “It was all just a fad,” said Jeff Rudes, a founder of the hot-denim-label-du-jour J Brand Jeans and an astute observer of the suspiciously inflated prices of fashion’s most eternally reinvented staple. Like any commodity that becomes overpriced, there eventually comes a market correction. And denim’s day of reckoning was long overdue.”

However, evidence, seems to point both ways — and I can’t determine if 2010 denim prices will continue to drop or instead creep back up:

Which way do you think denim pricing will go in 2010? 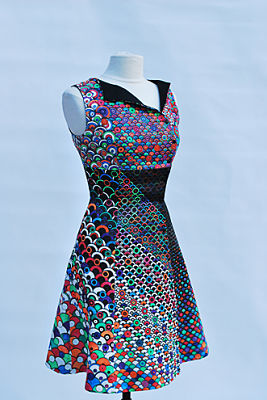 Ever wanted to make your own clothes, but don’t consider yourself a talented fashion designer?  Your wishes just came true! We learned of this color-in dress from Fashion Saved My Life. You

Was one of your New Years resolutions to get more glam this year? There’s no better way than with bright red lips. Nubia from Nubia’s Nonsense is here to help you