The intersection between fashion and sports is an interesting one. We recently covered Olympic opening ceremony attire and performance-based elements being incorporated into runway fashion. This week, it’s all about tennis. In addition to amazing athletic talent, I personally find it interesting to see how athletes convey their personality while at play.

The Wall Street Journal related that Rafael Nadal is putting his new Nike wardrobe makeover on hold until after the U.S. Open. Nadal, who is known for his sleeveless muscle shirts and capri length pants brings a unique and personal fashion element to the courts. According to the Wall Street Journal Nadal said, “I am excited about evolving my on-court apparel with Nike to a polo and shorter-length short. For the U.S. Open, however, we collectively decided I would continue wearing the apparel I’ve been competing in all year. It’s a decision we made based on the limited time I’ve had to practice in the new apparel between the Olympics and the U.S. Open.” 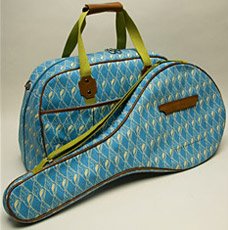 Nadal isn’t the only one finding joy in tennis apparel. One of our Trendsetters, NY Spender, whose blog strives to always be on top of the latest fashion trends without spending a fortune, wrote about her love of tennis apparel this week as well. She particularly liked the Halsea bag pictured above. In addition to her personal affinity for the clothing, she also referred to some interesting stats. An article in WWD today said:

Tennis apparel sales have hit an ace, with consumers wearing tennis outfits both on and off the court.

The sport is experiencing a higher growth rate in popularity than any other, with an 18.7 percent increase in participation in 2007, according to the National Sporting Goods Association. This growth – particularly in women’s interest – translates to traffic not only on tennis courts but also at tennis apparel retailers.

Brands to keep an eye out for these type of looks include Nike, Lacoste, and Ralph Lauren — all found on Shop It To Me.

Lastly, W Magazine Editor’s Blog interviewed Maria Sharapova and also Venus Williams this week, largely discussing fashion! Some of Maria’s faves include Phillip Lim, Vera Wang, Thakoon, and Lanvin while Venus is all about her own brand, EleVen. 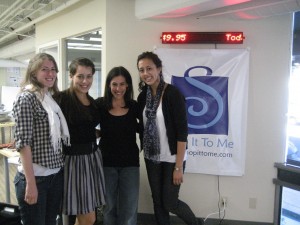 It’s the end of the summer…and that means summer internships come to a close. Here at Shop It To Me, we’re very sad to say goodbye to our stellar interns 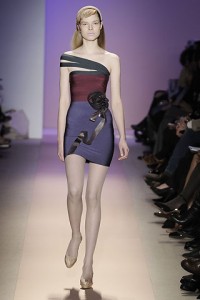 I am in love with these Hervé Léger dresses. These smoldering creations have been spotted on Hayden Panetierre, Victoria Beckham, Blake Lively, Sophia Bush, Joy Bryant, and many, many more. Lately it seems