Hey everyone. I’m Natalie, the newest member of the Shop It To Me team. I’ll be blogging often, so you’ll hear from me quite a bit. I’d love to hear from you too, so drop me a post!

To tell you a little about myself — I love bargain hunting, trying new restaurants and hot, humid weather. I also watch copious amounts of fashion reality TV. It’s great, because the fashion, mixed with the freaky personalities and the drama of reality TV create a perfect storm for great quotes.

This past year of fashion reality TV shows alone has probably generated more one-liners than all the Adam Sandler movies combined. So for the next few weeks I’ll post some of my favorites. Here’s my first pick:

Only the loveable Tim Gunn could pull off such cluelessness of contemporary slang with such charm. Earlier in the episode, Tim admitted he had never heard the word “booty” before.  He stood perplexed as the makeover contestant explained she liked a pair of jeans because the back pockets made her butt look bigger. Hello, ever heard of Baby Got Back? Live through the ’90s much? It’s okay — Tim’s still the best. A close second is when Blayne from Project Runway taught him the phrase “holla at cha boy.”

I’d love to hear some of your faves too. So as Tim would (awkwardly) say, holla at cha girl. 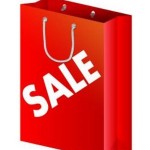 All over the news are tips on how to save money and make your dollar stretch.  It’s the talk of the town! As you’ve probably noticed, we’ve been including guest

Christian Louboutin…just the name makes the faces of many women light up!  Instant images of the infamous red soles from these glamorous shoes…  Carrie Bradshaw trotting around NYC…  and stars strutting their

Shop It To Me - The Inside Scoop
—
Sharp Dressers, Sharp Tongues
Share this