Hi readers! I’m Kelly and I am one of the newest additions to the team here in San Francisco (along with the wonderful Angel and Jason)!

I had the opportunity to see When In Rome with some of our San Francisco Shop It To Me members this week. It was great to meet everyone who came out – I hope you all enjoyed the movie!

While I was hesitant to expect much from the latest chick flick, I really enjoyed the funny,  though slightly corny, romantic comedy. The adorable Kristin Bell and gorgeous Josh Duhamel made a captivating onscreen pair, as much as she tries to resist him. Much of the movie takes place in Rome, so the movie setting is equally easy on the eyes.

I was thrilled with the cast! There were so many surprise appearances from some of my favorite actors, including Mel (Kristen Schaal) from Flight of the Conchords, Napoleon (Jon Heder) from Napoleon Dynamite, “GOB” (Will Arnette) from Arrested Development and Anjelica Huston (more movies than I can count) to name a few. (I don’t want to spoil them all). The quirky supporting roles and unexpected guest appearances really helped make the movie. I have to say, there were more than a few times that the entire theater burst into laughter.

My verdict: It is definitely a chick flick: Beautiful young girl searching for love with a to-die -for job in NYC- check; Sexy heartthrob who wants to sweep her off her feet – you betcha;  A wardrobe to lust after – absolutely. While When In Rome does have all the elements of your typical “girls night out” movie, its lighthearted take on love is a refreshing escape from the real world.

**As a special perk for our members – If you are living in the San Francisco area, we are giving away FREE tickets to an advanced screening happening this Wednesday, January 27!!!! **(Extra perk because the movie doesn’t come out until Friday the 29th!)  **Just post a blog response if you are interested and we can set up tickets for you and a friend. **Limited quantities, so first come, first served! 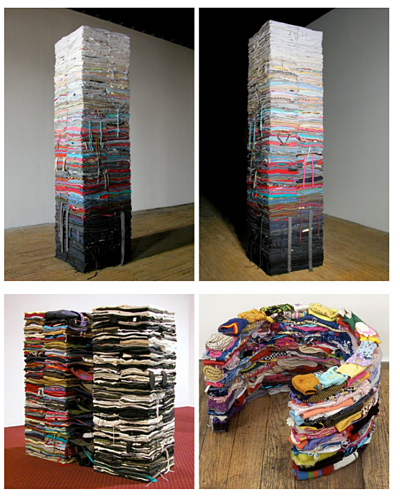 PSFK drew our attention to a phenomenal recent project by scultpor Derick Melander, who created a 3,500 pound+ sculpture, all from used clothing!  It’s quite beautiful art.  Carefully folded to a 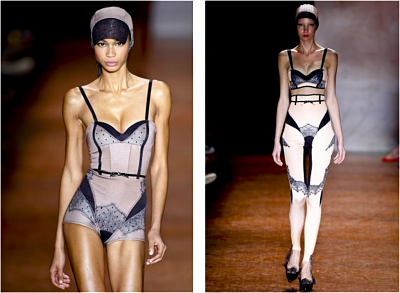 There is something so exciting about coming across a new and inspiring designer. Recently, amidst scrolling through online lookbooks and runway photos, I happened upon Rosa Chá – a Brazilian line that I was

Shop It To Me - The Inside Scoop
—
Movie Review: "When In Rome"
Share this