I just saw these adorable BCBG sandals in this month’s issue of Harper’s Bazaar, and they’ve already shown up in my Salemail.

Toe-ring sandals are everywhere this spring, and I’m loving the look. They’re very trendy right now, but they also feel familiar to me, probably because they remind me of Indian kolhapurri chappals my parents used to wear around the house. Here are some toe-ring sandal styles I have my eye on: 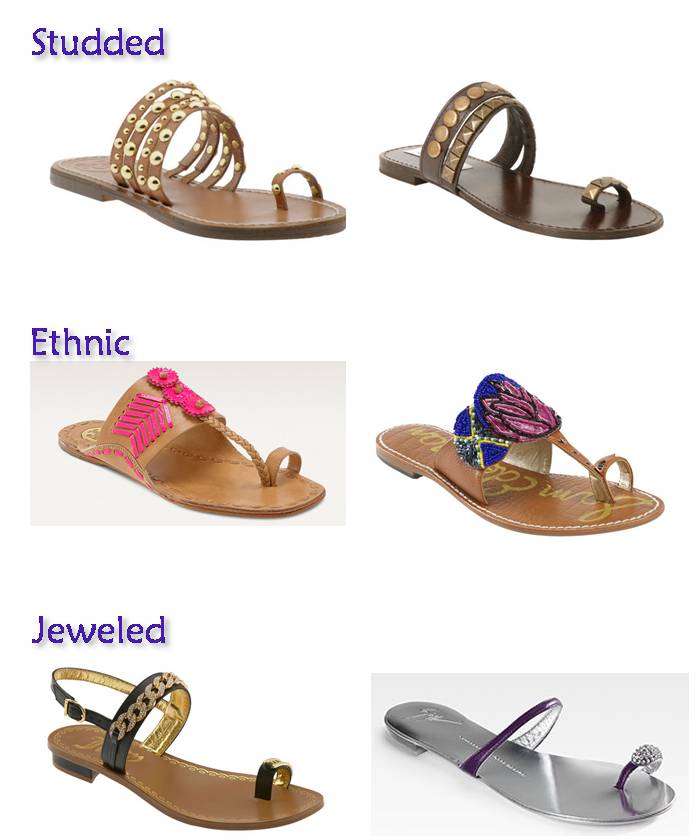 The studded versions are great for every day, the ethnic-inspired sandals look a little funky, and the jeweled pairs are probably the most versatile, since they could be worn casual or dressy. They’re all a great way to keep the sandal simple and expose the toes.

Hi, my name is Nicole, and I’m very excited to be interning at Shop It To Me this summer! While attempting to move out of my dorm room, study for finals, and 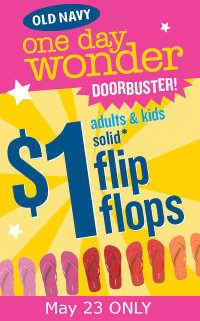 Speaking of flip flops, I absolutely love my Old Navy flip flops.  They’re similar to Havaianas (even made in Brazil!), but a bit more affordable.  They come in a gazillion different colors,