Christian Louboutin…just the name makes the faces of many women light up!  Instant images of the infamous red soles from these glamorous shoes…  Carrie Bradshaw trotting around NYC…  and stars strutting their way down the red carpet…

Recently, Running With Heels, (one of our Trendsetters) wrote an amazing piece chronicling his life and providing some inside scoop and little known info about this legend.

The below piece originally appeared on September 30th in Running With Heels**:

Christian Louboutin. Far from a pop culture icon or fleeting Hollywood darling, this couture designer is the essence of inspired footwear. 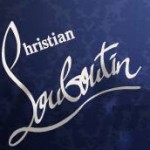 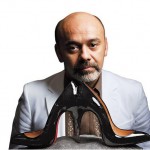 Born a Parisian in 1963, Christian Louboutin grew up heavily influenced from a natural source, like that of his three sisters. However, the first true lightening bolt came in 1976, while at the Musee des Arts Africains et Oceaniens in Paris. What was this inspiration you ask?  A rare jewel? Perhaps a magnificent shield or sword hilt. Alas, the inspiration that catapulted the creative mind of Christian Louboutin into overdrive was much more basic.

As the story goes, a sign forbidding the wearing of ‘spiked’ heels, or stilettos was posted at the museum to deter damage to the wood floors.  Upon seeing this, Louboutin became fascinated and indeed obsessed with these shoes and sketching them.  In fact, Christian was so enthralled by sketching stiletto heels that his attention would become devoted entirely to this pursuit and he would ultimately be expelled from four schools (source).

A formal academic education is not always the best route to creative pursuits (i.e. Stuart Weitzman, former Wharton Business School graduate turned shoe designer extraordinaire). Design training combined with travels around the world to Egypt and India would become the major influence and foundation of the elaborate designs for which Louboutin is known.

Combining immense talent and nerves of steel, Christian Louboutin displayed his portfolio to the couture design houses in Paris and would eventually apprentice for Roger Vivier. Roger Vivier is credited with the creation of the stiletto and ultimately revolutionizing the world of heels and women.  Imagine!  Working for the creator of your obsession?!  Louboutin also credited Roger Vivier with infusing him with the knowledge that “the most important part of the shoe is the body and the heel.  Like a good bone structure, if you get that right, the rest is makeup.” (source)

Christian Louboutin’s freelance design history in the 1980’s reads like a who’s who of footwear, including the likes of Chanel, Yves St Laurent and Maud Frizon.  Continuing in this vein of course, would come super-star clients such as Princess Caroline of Monaco, followed later by Hollywood glamour such Madonna, Gwenyth Paltrow and Sarah Jessica Parker.

One of the most intriguing parts of the Christian Louboutin story is the origin of the infamous red soles.  The actual story varies slightly depending on the source, but most versions go something like this: When looking at one of his sketches, Louboutin felt something essential was missing.  Inspired by the scarlet nail polish of his assistant, he painted the sole of the sketch with the very same red.  Voila!  Instant trademark and “an element of flirt” according to the man himself.  (source)

Writer’s note: Designers-be nice to your assistants! They could be your next muse!

Other fascinating aspect of the Christian Loboutin story are the sources of his inspiration and his alternately quirky and down-to earth personality. This trapeze-flying, yacht-owning individual also rides a humble vespa to work and professes not to own a television. This is an interesting dichotomy Louboutin who can count media mogul Oprah Winfrey among his devotees.

Christian Louboutin’s quirkiness however, belies an innate talent for finding inspiration in the strangest of places (feathers on an egg being one of them) and an incredible work ethic.  Only passing over the managerial reigns of his 15-year old company last year, Christian had previously overseen the production of every pair of shoes. This isn’t a surprise for a man who by his own admission “cannot say that I have a real boundary between the moment I’m working and the moment I am on holiday” (source).

We of course, are the beneficiaries of all this hard work and creative genius. There is nothing like a Christian Louboutin shoe.  When you see a pair-you know it. These shoes are adorned with anything from feathers to satin bows to silver chains. Of course, the colors cannot be discounted as everything from vibrant purples and reds can be found alongside brilliant metallics and the ever essential black.  All these are mounted on his classic stiletto heel. Although the flats still maintain the heart of Louboutin’s design, the stilettos are really the soul.

Where there is a dream, there is a price to pay!  Paying $1,400 for a pair of shoes may indeed limit a pair of Louboutin’s shoes to dreams for some. If these lovelies are within your reach however (or if you forgo lunch, rent and some other necessities) you can find them at Saks, Nordtrom and Neiman Marcus.  Don’t forget online resources like Bluefly and ShopItToMe for possible discounts!  Remember though, you want to make sure your purchase is the real deal.  After all, who wants to pay tons of money for a pair of faux-Louboutin’s?

Ah… a pair of Christian Louboutin stilettos.  I may be ‘just a bit’ off from the Sex and the City salary of Sarah Jessica Parker that would enable me to buy these gems, but hey, a girl can dream can’t she?

Hey everyone. I’m Natalie, the newest member of the Shop It To Me team. I’ll be blogging often, so you’ll hear from me quite a bit. I’d love to 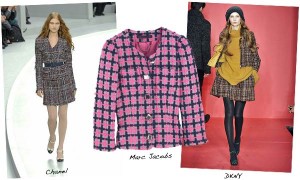 Our Trendsetters are a great source for sharing advice about new trends and styles.  One of our Trendsetters, The Supermelon, regularly shares Style and Trend advice in a straight-forward and captivating way (with

Shop It To Me - The Inside Scoop
—
Christian Louboutin: He's A Sole Man
Share this