Aside from shopping online, some of the best discounts on designer duds can be found at outlet centers.  Favorites include Off Fifth with 52 locations (Saks’ outlet), Last Call with 28 locations (Neiman Marcus’s outlet), and Nordstrom Rack with 69 locations.  It’s been announced that now Bloomingdale’s is getting into the outlet business!

According to the Wall Street Journal, the first four Bloomingdale’s outlet locations will open this summer/fall.  Two will be located in Florida (Miami and Sunrise, Fla), along with Paramus, N.J., and Woodbridge, Va.  The new stores will offer both apparel and accessories for men, women and kids— supposedly a mix of Bloomingdale’s regular stores clearance items and items intended to be sold only at the outlet stores.  More locations will be announced throughout 2011.

On another note, Stylelist reports that Nordstrom Rack is opening a location in NYC’s Union Square late this spring as well.  Happy outlet shopping! 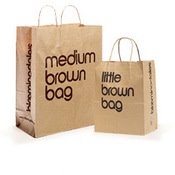 Frustrated about finding styles that don’t fit, aren’t flattering, or don’t exude your true personality? Why have to sacrifice fashion for fit? The Curvy Fashionista is a blog that celebrates 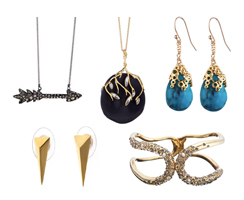 Fashion has been a powerful tool in spreading social awareness and helping various causes, and with the recent devastation in Haiti, it’s nice to see designers, like Alexis Bittar, reaching out to